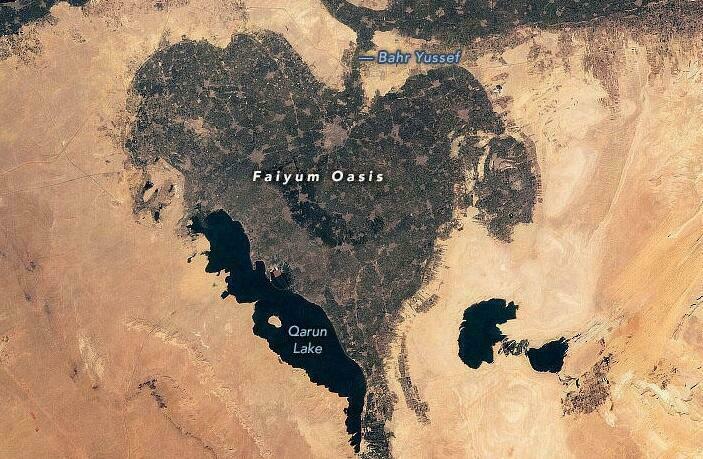 To celebrate Valentine’s Day, NASA have released a photo of a heart-shaped wetland taken from space, 250 miles above Earth. The image was captured by the International Space Station (ISS) as it was in orbit over Egypt. The heart-shaped land mass is also known as the Faiyum Oasis, a huge mass over 450 miles square miles in size.

The beautiful oasis sits in the middle of the desert and is home to many species of birds and fish. The area has also supported human life for more than 8,000 years. The basin originally had no life, and gradually filled up with water, thanks to the river Nile diverting water in its direction. The river Bahr Yussef (translates as River Joseph) directs the water from the Nile to the Faiyum Oasis. In 2300 BC, the river was widened into a canal, which helped to regulate the flooding that the Nile was prone to.

The oldest farming communities were discovered in Faiyum, with ruins dating back to 5200 BC. Today the area is still a rich agricultural area, thanks to the fertile soil of the area. Ancient Egyptians created this fertile oasis by damming Lake Moeris thousands of years ago. Though the original lake does not exist, a smaller saltwater lake named Qarun Lake has taken its place.

The area is also home to ancient ruins that rival those of Egypt. It is also the site of Wadi Al Hitan; an open-air museum and UNESCO World Heritage site. The site depicts the evolution of life, and contains thousands of fossils, and contains the first intact fossil of an intact whale from 40 million years ago. 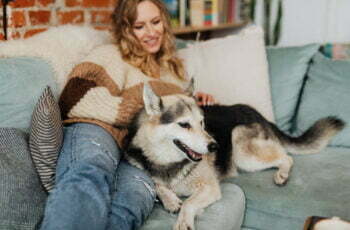 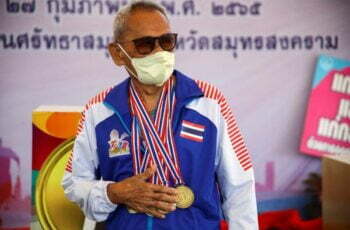 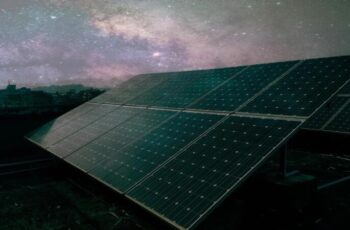